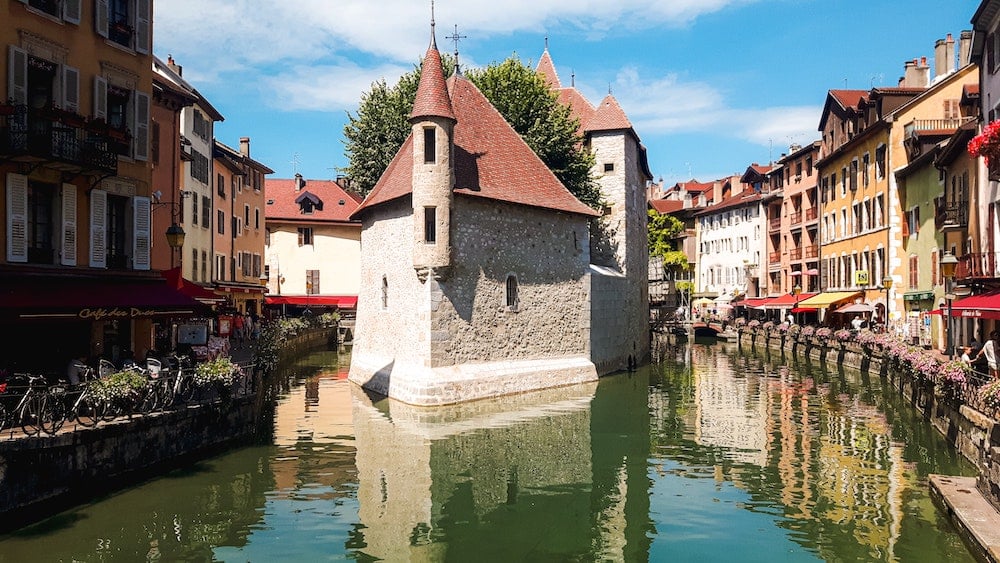 What cities spring to mind when you fancy a culturally rich, stimulating, exciting city break with friends or a loved one? Paris, of course. Rome, naturally. Innsbruck? If you say so. The timeless sophistication of the greatest and most renowned ‘weekender’ cities is undeniable and will appeal for generations to come, but what about some of the other incredible cultural hubs on our doorstep that don’t get the same kind of air time?

If you’re looking for somewhere new (to you) to explore, you’ve come to the right place. Read on for a round-up of some of the most interesting, unusual spots that the tourism industry has cruelly undersold…

In Bill Bryson’s hilarious travelogue, Neither Here Nor There, he compares the quaintness and somehow pastiche predictability of Innsbruck to a Disney film he saw as a boy: “…what made a lasting indent on me was the Europeanness of the background – the cobbled streets, the toytown cards, the corner shops with a tinkling bell above the door… it all seemed so engaging and agreeably old-fashioned compared with the sleek and modern world I knew, and it left me with the unshakeable impression that Austria was somehow more European than the rest of Europe.” According to locals and online guides, the best time to visit Innsbruck is in the winter, mainly for the winter sports (there are nine ski resorts around the city) but also for the sheer levels of cosiness available. Sit down for a mug of Jägertee in Innsbruck’s architecturally diverse Old Town or rug-up and book a walking tour of the city including the heavily embellished stucco façade of the Baroque Helblinghaus for optimal Hygge (which makes for a perfect Danish segue…)

The northernmost town in Denmark, Skagen benefits from light, warm evenings in the summer months. This geographical advantage was enjoyed by the Skagen Painters, a group of Scandinavian artists who gathered there in the late 19th century to paint en plein air in the style of the French impressionists. Some of the most famous works (which are so heavily defined by their luminescent expression of natural light that visitors continue to enjoy today) are P.S Krøyer’s Hip Hip, Hurrah! and Anna Anchen’s Sunlight in the Blue Room.  H.C. Andersen, a national cultural personality, once said of Skagen’s artistic allure, “Here in the Danish country, you will find a nature that reminds you of the desert in Africa, of the ash mounts of Pompei and of birds flying around the dunes by the sea.” Should you decide to flock to the town with your paint box, make sure you stay at the Brøndums Hotel, which was the only hotel in Skagen at the time the artistic group was working.

While you can easily take an hour’s train trip to visit Kutna Hora for a day trip from Prague, the city feels like such a distillation of history, ritual and legend it would be a shame not to spend more time there. The crowning glory of this unusual city break is the Church of All Saints, also known as the Bone Church, and its underground chapel, the Sedlec Ossuary. If you want a particularly unusual trip, this should cut the mustard. Built in the 14th century, the Church of All Saints was the site of the burial ground for the victims of the 1318 plague and for those killed in the Hussite wars. In the 1500s, the cemetery was abolished and the bones of all the bodies buried there were exhumed. The colloquial signifier, the Bone Church, begins to make sense when you discover that all the intricate decorations across the church’s walls are made from bones. The arrangement of the bones, which includes a chandelier in the centre of the nave containing all of the bones in the human body, is the work of František Rint, a Czech wood carver, who finished the macabre installation in 1870. For the stronger-stomached amongst us, a tour of the Sedlec Ossuary is offered with a 3-course lunch at a nearby restaurant.

Known as the Venice of the Alps amongst fans of the quintessentially French village, Annecy is a charming town in southeastern France known for its eponymous lake (immortalised in Paul Cézanne’s 19th-century Post-Impressionist work, The Lac d’Annecy) and snow-capped mountain vistas. It has all the charm of a baby Provence and certainly fewer tourists. The scale of the lake allows for watersports including sailing, paddleboarding, wakeboarding and scuba diving, and catamarans and yachts can be hired, too. For land-dwellers, the coiling canals of Annecy’s Vieille Ville prove the perfect warren in which to lose yourself entirely to the cobbled streets and putty-coloured houses. A trip to rural France seems pitifully incomplete without a lazy stroll around a farmer’s market, and both the local markets, the Old Town Market and Au Rendez Vous du Terroir are exactly what you might hope for.