1 Unique Experiences in the Maldives - The Battered Black Book

Unique Experiences in the Maldives 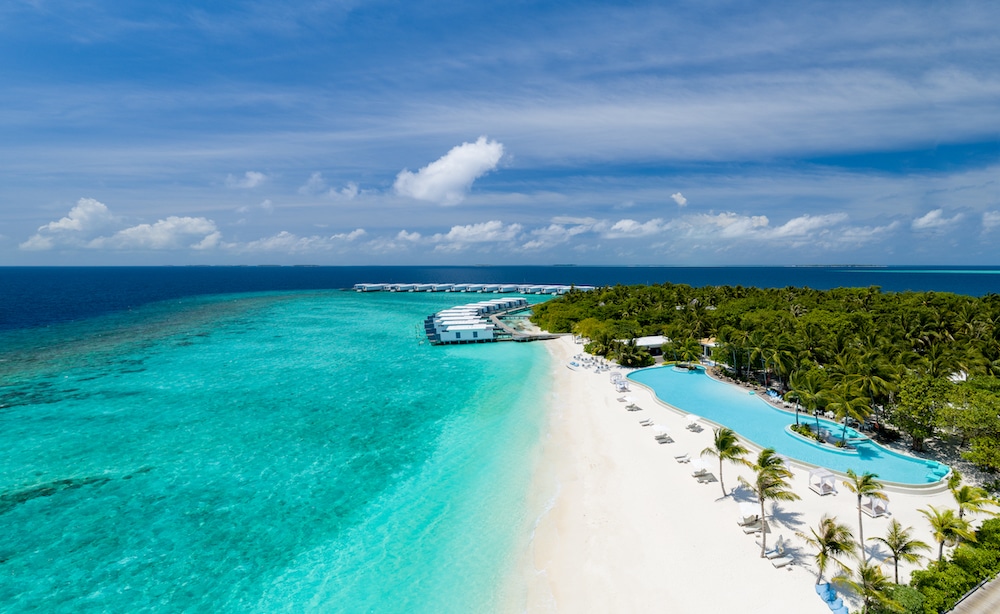 The Maldives is known for its picture-perfect coral islands, glistening waters and idyllic beaches but there is so much more to this dazzling destination than its romantic retreats. Whether you are seeking an action-packed adventure or a cultural getaway, this escape to paradise is brimming with special activities.

From a marine expedition with an OBE-awarded investigative journalist to getting up close and personal with the stars or a kickabout with Peter Crouch, here are some of the experiences you never expected to have in the Maldives…

See the Galaxy With a Sky Guru

Where better to expand your view of the galaxy than in an over-water observatory? Stargazing at Anantara Kihavah is a truly magical experience. The hotel’s Sky Guru Ali Shameem is a native Maldivian who spent his childhood mapping the constellations. He went on to become the protégé of Italian astronomer Dr. Massimo Tarenghi and has spent more than a decade working as a professional astronomer. He shares his passion and expertise of the constellations in weekly stargazing sessions. The proximity to the equator and its non-polluted skies means both hemispheres’ stars are clearly visible. Spot the pale yellow rings of Saturn or the counter-rotating zones and belts of Jupiter. Then peek through the telescope at the Milky Way’s Omega Centauri or Messier 13, a globular cluster of over 300,000 stars in the constellation of Hercules.

Dine on Michelin-Star Cuisine in a Pop-up Residency

Eco-friendly luxury resort Amilla Maldives Resort and Residences is welcoming Cambridge-born culinary mastermind Luke French to its shores for an exclusive pop-up residency this October. Chef director of Kelham Island eatery and Michelin-recognised restaurant, JÖRO, French combines sustainability led, locally sourced ingredients with a forward-thinking approach to bring high impact international flavours. From 13-23 October, he will host a series of special gastronomic events, as well as leading one of the private island resort’s celebrations to mark 50 years of tourism in Maldives. What a backdrop for this foodie feast.

Indulge in a Literary Festival

No other literary festival can offer the setting of JLF Soneva Fushi. Known as The ‘Greatest Literary Show on Earth’, it returns to the Maldives in 2023 and will no doubt feature another high profile line-up. Held across 10 days and two weekends, the programme combines literature with stimulating debates, dialogue and free speech. Each weekend comprises keynote addresses, gala dinners on the sand, live music performances, and film screenings at Cinema Paradiso.

Budding footballers have the chance to hone their skills with famous faces at Anantara Dhigu. The resort regularly hosts Football Escapes where the little ones can play the beautiful game with their heroes. Peter Crouch is the instructor from December 19 – 23. Little wonder tickets got snapped up in minutes but join the waiting list or check back for more big name announcements.

The Nautilus is a beautifully-designed luxury retreat which prides itself on bespoke experiences. Take a trip to Hanifaru Bay, one of the largest manta feeding hotspots in the world, and witness the manta rays perform their mesmerising whirling dance. The Nautilus’s resident marine biologist will tell all about the magic of these beautiful creatures before your private guided manta experience, just 30 minutes from the super private resort via luxury speed boat. This visit to this UNESCO Biosphere Reserve will transport you to another world.

Embark on a Marine Voyage With a Ground-Breaking Investigative Journalist

Vakkaru takes a deeper dive into ocean conservation with a week-long residency by Oliver Steeds OBE. Steeds is a former investigative journalist and the founder and mission director of Nekton, a science-based organisation that works with ocean nations to protect the seas and increase humanity’s knowledge of marine life. During the week, guests of all ages can participate in a variety of activities to learn more about ocean life and its conservation in the Maldives, with workshops, cinema screenings and two expeditions, as well as sustainably sourced dinners and cocktail evenings. From August 27 to September 2, A Deep Sea Odyssey will include two Young Ambassadors of the Ocean workshops designed for budding coral reef scientists and aquanauts aged between 7-11 and 12-15. Hosted by Steeds, budding aquanauts will also learn how submersible pilots operate, and how to protect healthy coral reefs.

From its Fab Lab, where kids can turn marine plastic into 3D-printed models, to free children’s diving lessons, Patina Maldives has rapidly become a standard-bearer for marine conservation in the area. It is also the first resort in the Maldives with a 100 percent solar-powered kids’ club, recreation and dive centres.

A sea turtle biologist is stationed on-island, acting as a guest educator and overseeing rescue efforts for any sea turtles that become entangled in so-called ghost gear. The resort is also facilitating a pioneering genetic research expedition to study the local Maldivian hawksbill sea turtle population. Conducted by registered turtle conservation charity the Olive Ridley Project, the pilot expedition will depart from Patina Maldives later this year on a mission to gather tissue samples that will unravel the genetic makeup of Maldivian hawksbill sea turtles.

Stay in the World’s Most Private Hotel Room

According to Velaa Private Island, the resort has the most private hotel room in the world. Aptly named The Romantic Residence, it has uninterrupted oceanic views, its own personal gym, fully-equipped kitchen, personal butler and optional private chef. Meals are served over the water in a secluded dining gazebo, and sunsets come with luxurious daybeds on a sprawling terrace. Not forgetting the outdoor jacuzzi, infinity pool, secluded sundeck and sunken bath.

Swim to an Underwater Art Gallery

Fairmont Maldives Sirru Fen Fushi Resort, on the northern Shaviyani Atoll, has the longest infinity pool and biggest jacuzzi in the Maldives. Sirru Fen Fushi, which means ‘secret water island’ in the local Dhivehi language, is also home to one of the country’s largest resort lagoons and 112 luxury villas each with their own private pool. Stretching from one side of the tropical island to the other, the 200m pool is framed by swaying palms and leads guests to the Coralarium, the Maldives’ first and only coral regeneration project in the form of an underwater art gallery.