Navigation
A Long Weekend in Budapest 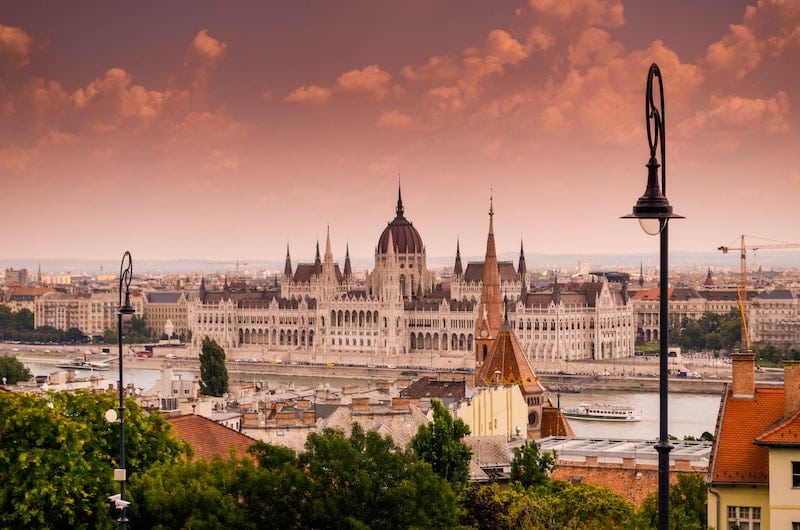 When one visits Budapest, one is greeted by two very distinct yet equally charming plains. I’m not talking about the city’s divided origins as Buda and Pest, but about the two most prominent ways of seeing it. Its first apparition as the Pearl of the Danube is the hodge-podge of Gothic, Renaissance, Romanesque and Baroque Revival architecture. The city throbs with the heft and weight of collonades, domes, spires and sculptures; an immersive map of its complicated history and cultural idiosyncrasies. The second is its doppelganger, shimmering and vivid in the reflections of its famous river and steaming baths. Once your attentions are drawn, there they will inescapably remain, noting the way the steeples warp in the ripples and the sunsets are somehow augmented in the wavelets.

To embark on a visit to Budapest ought to be a commitment to total submersion in Hungarian heritage. A city break in the country’s capital offers an abundance of cultural and historic sites, well-making, stress-busting steeps in its mineral-rich waters and unforgettable dining experiences. Read on for some tried-and-tested suggestions for a long weekend in ‘the Paris of the East.’

Budapest’s dining offering is exemplary but narrow. Most restaurants have a rather traditional leaning, although some, including Zeya Restaurant and Laurel Budapest, experiment on the common theme. For a more lively, relaxed brunch, lunch or dinner, the Jewish Quarter is home to some of the most beautiful and welcoming bistros and cafe-style restaurants. With its rich and resilient history, the district is a hugely vibrant and dynamic corner of the city and its eateries are flanked by gorgeous shops, clubs and of course, exquisite Synagogues.

Macesz Bistro is a popular haunt, and while it’s currently closed in the wake of the pandemic, your visit will be worth the wait. Its contemporary twists on Hungarian Jewish classics are available a la carte or as curated tasting menus with delicious wine pairings. For a feast for the eyes as well as the tastebuds, you could also try MAZEL TOV, a biophilic atrium of a restaurant, strung with festoon lights and furnished with simple, wooden tables, which unsurprisingly, are hard to come by. Its Israeli-inspired dishes are served with warm, fluffy pitta bread, garnished with fresh herbs and bejewelled with pomegranate seeds.

For those with a taste for European nightlife, be sure to visit the Ruin Bars and Szimpla Kert in particular. The bars can be found in the Jewish Quarter in the ruins of abandoned buildings after the neighbourhood was left after the Second World War, hence their memorable name.

Without mentioning the architecture again (oops!), Budapest has a wealth of cultural must-sees. Buda Castle, for example, is a fairytale-like 13th-century palace seemingly conjured from the stone of Castle Hill. There is also Fisherman’s Bastion, a similarly spectacular fortification in the Romanesque Revival style, which features lots of 19th-century look-out points for sweeping views of the city.

One of the most impressive feats of bricks and mortar is the Hungarian Parliament Building, which sits on the eastern bank of the Danube. It is the largest and most spectacular building in Hungary and will celebrate its 120th anniversary in 2022. You’ll get the best view of the sprawling Seat of the National Assembly of Hungary from the Buda side of the river, and many agree the best time to see it is at night.

A trip to Budapest is simply not complete without a therapeutic dip in one of its spring water pools, and one of its most popular is the famous Art Nouveau thermal Gellért Spa, part of Hotel Gellért. There are 10 pools of various temperatures and scales, each of which is open to all every day of the year. More than anything, the pools prove to be a remarkable source of solace from the bustle of the city – a real treat for weary legs.