1 The Rise of Rome: New Hotels to Have On Your Radar - The Battered Black Book

The Rise of Rome: New Hotels to Have On Your Radar 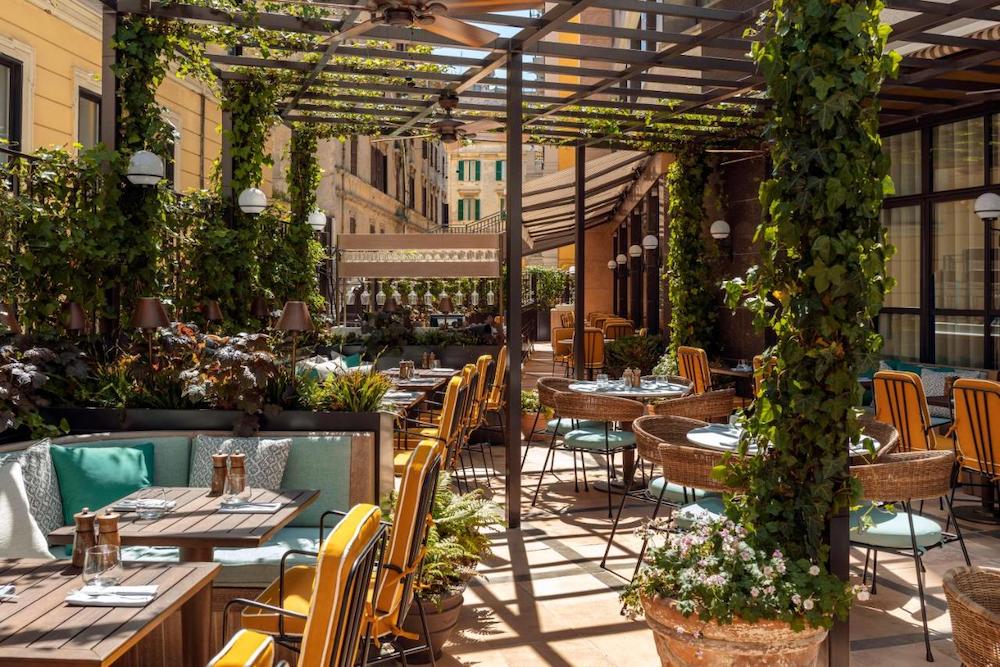 Rome is having a moment and we are here for it. The Eternal City is essentially an outdoor museum with breathtaking landmarks at every turn. Little wonder it has long formed the glamorous backdrop to movie sets or romantic breaks away.

Despite its incredible architecture and Italian flair for style, there has been a surprising lack of design-driven boutique hotels to enjoy amongst the grandeur of the capital. Until now.

Within the last year, Rome has undergone a hospitality facelift with many of the big players making themselves at home in its neighbourhoods. The Hoxton Hotel paved the way with its buzzing bolthole in Parioli whilst Soho House has just opened its first Italian members club with rooms in the San Lorenzo district. There are more hotels and restaurants waiting to make their mark as the likes of Nobu and The Edition put the finishing touches to their properties. Rome wasn’t built in a day, after all.

Here is a taste of who’s in town…

The vibe: The cool kid on the block.

The lowdown: The Hoxton got the ball rolling for Rome’s hipster hotel scene. They have put a vintage twist on contemporary lodgings and the bedrooms wouldn’t look out of place in a classic Italian film. They come in six different sizes, all with comfy beds, rustic parquet floors and bright mid-century-inspired bathrooms. Some even have sun terraces. Cugino, the all-day cafe and terrace, is run in collaboration with local micro-bakery Marigold whilst Beverly is the West Coast American restaurant.

Always keen to break new ground, the hotel is a little further from the tourist centre in Parioli, a neighbourhood full of great gelato spots, upmarket stores, and traditional trattorias. Villa Borghese is within easy walking distance, as are the MACRO (Museum of Contemporary Art) and the MAXXI (National Museum of 21st Century Art). The Trevi Fountain is about 30-minutes walk away.

The vibe: The place to be seen.

The lowdown: The global members club chose Rome as the home of its first Italian outpost. We are sensing a pattern… It is in the heart of San Lorenzo, the artistic quarter of the capital, on Via Cesare De Lollis, a short walk from Sapienza University. Set across 10 storeys, the house has 49 bedrooms and 20 long-stay apartments.

It wouldn’t be a Soho House without a statement rooftop. This one has 360 views of the city along with a pool, bar, and restaurant, and the brand’s first physical Soho Health Club. Fear not, you don’t have to be a member to book a room.

The vibe: A playful corner of an elegant neighbourhood.

The lowdown: Mama Shelter also made its Italian launch in Rome and it’s a whirlwind of fun. Mosaic floors and column capitals depicted on the walls meet the ceilings sprawled with artwork by graphic designer and artist Beniloys. There are communal-style pizza restaurants and the lovely rooftop, open from morning to late at night, is just the place for an aperitif overlooking glorious views of the city and the St. Peter’s dome. The brand has also launched its first-ever spa here, with an indoor swimming pool, sauna, hammam and gym.

It is located in the elegant Prati district, on the right bank of the Tiber river. From here the Vatican City can be reached in a few minutes on foot, while the historic centre is a few underground stops away. The large avenues, with their fin-de-siècle and art nouveau style buildings, refined boutiques and trendy restaurants and bars, give the district its character.

The vibe: De Niro nods to his Italian roots in style.

The lowdown: Expected to open this summer, this is a big, bold entry into Italy from the ever-expanding Nobu Hotel collection. Two 19th Century buildings have been combined to create a modern space that celebrates its grand, historic past. The result is 122 guest rooms, a garden-rooftop terrace, city spa and club lounge with a music focus.

The location couldn’t be more iconic. The hotel sits on the famous Via Veneto and is just a short walk from the park of Villa Borghese, Piazza Barberini, Trevi Fountain, and Piazza di Spagna. As for the restaurant, there are no details yet but the signature Japanese style fused with Italian ingredients should make for quite the mix.

The vibe: A central spot to draw the design crowd.

The lowdown: Another first, this time for EDITION Hotels’ Italian debut. It will comprise 95 guest rooms, a Penthouse suite with a private terrace and a design-focused selection of food and drink spots, including a signature restaurant with an alfresco dining space. There’s always a playful touch with this brand and the Punch Room Bar will be the coveted cocktail haunt. There will also be a Rooftop Terrace and swimming pool for a bite or a dip overlooking the city.

The hotel is housed within a historical striking building designed by Cesare Pascoletti in collaboration with architect Marcello Piacentini, one of Italy’s most famed architects of Rationalism in the early 20th century. A few steps from Via Veneto, the Spanish Steps are practically on its doorstep.

The vibe: In the lap of luxury.

The lowdown: Set to open in 2023, Bulgari Hotel Roma will be in the Campo Marzio neighbourhood, minutes from the Bulgari flagship on Via Condotti.

Italian architectural firm Antonio Citterio Patricia Viel are in the process of renovating and restoring its modernist building from the 1930s that faces two of the city’s most well-known landmarks: the Ara Pacis and the Mausoleum of Augustus, the first Roman Imperator. Michelin-starred chef Niko Romito is behind the restaurant concept. Watch this space.