1 The Best Ski Resorts...But Not As You Know Them - The Battered Black Book

The Best Ski Resorts…But Not As You Know Them 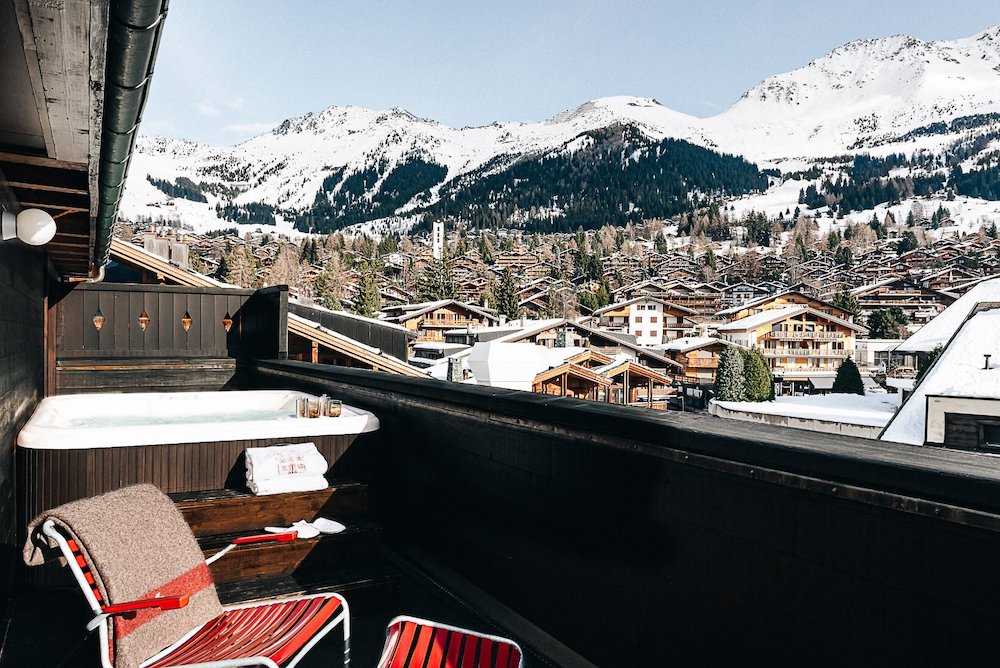 The new wave of ski resorts offers so much more than fondue and wood-heavy interiors. Catering to the lifestyles of those who care as much about the ethos of where they are staying as the slopes, some exciting brands are bringing unusual concepts to the world’s best mountain escapes. From a remote Japanese hideaway to Canada’s festival pinnacle and South Tyrol’s CO2 neutral getaway, it is worth dusting off your snow boots for these retreats…

What to expect: You can always rely on the Experimental Group for playful design and a focus on fun. Their chalet in the heart of the Verbier mountains comprises 39 rooms and suites, some with terraces, jacuzzis or panoramic views of the surrounding Alpines peaks and Mont Combin. This is far from the typical chalet style with minimalist design by Milanese architect Fabrizio Casiraghi inspired by mid-century resorts. We can’t get enough of the deep jewel and sorbet tones, paired with lacquered wood. The farm to table bistro by the revered Parisian chef Gregory Marchand is an Alpine outpost of his London and Paris based Frenchie restaurants. It wouldn’t be Experimental without a signature craft cocktail bar, just the place for apres-ski. Meanwhile, French, tailor-made skin treatment brand Biologique Recherche is on hand for spa moments.

For those seeking: The ultimate slow skiing experience

What to expect: The opposite of the apres life, this is the place you go when you want to be completely off-grid…and breathe. Housed in a 350-year-old traditional Japanese style ryokan (a bit like an inn), six hours north of Tokyo, the former boathouse was designed by celebrated architect Kengo Kuma. It has a series of private hot tubs each varying in style and setting. A long soak in a well as the snowflakes gently roll in, followed by a home cooked seafood feast, could be about as zen as it gets.

For those seeking: Sociable wellness

What to expect: Faern, a collection of alpine resorts in Switzerland, is opening two new properties; Faern Arosa Altein and Faern Crans-Montana Valaisia. The lifestyle hubs have a focus on introducing cutting-edge wellness concepts alongside ski-in-ski-out access to the Swiss slopes. The name Faern has evolved from the German “Feiern”, meaning “to celebrate” so you can expect a healthy dose of joyful gatherings. Designed to feel like a home from home, holistic health and wellbeing merged with mountainous enjoyment is pivotal to the ethos.

For those seeking: The hot ticket

What to expect: The twin mountains of Canada’s Whistler and Blackcomb are made up of an eye-watering 200 ski runs. They are having a moment after scooping the title of best ski resort in North America by the Condé Nast Traveler’s annual reader choice awards. As well as being family friendly, the destination has a reputation for festival lovers. Whistler Pride and Ski Festival is one of the biggest queer-focused ski weeks globally. The World Ski and Snowboard Festival is also held here. For those seeking a luxurious retreat, make a beeline for Four Seasons Whistler. Following a major renovation in 2019, this is a luxurious urban take on the traditional mountain lodge, tucked away in Whistler’s Upper Village. As well as the soaring views and open fires there are several heated outdoor pools and plenty of spots to get pampered.

For those seeking: Ultimate luxe with experiential surprises

What to expect:  In the heart of Les Trois Vallées, the classic French châteaux is given a distinctly Aman twist. Rising four storeys above the village of Courchevel 1850, it is directly on the Bellecôte Piste and is quite simply the epitome of chic. Being Aman, there are plentiful experiences to quite literally elevate your stay including sunrise hot-air balloon trips, helicopter rides or paragliding sessions. Don’t expect the traditional focus on fondue when it comes to cuisine. The Nama restaurant is a celebration of Japanese gastronomy.

For those seeking: An environmentally friendly escape

What to expect: Mother nature is celebrated in all her glory in this beautifully designed retreat owned by a young local couple called Stefan Hinteregger and Teresa Unterthiner. From the architecture and interior to the cuisine and spa, there is a big focus on a limited carbon footprint with no compromise on style or comfort. The CO2 neutral building uses 100% renewable energy, produced by its very own plant and wood heating system, while the exteriors and interiors are created using local South Tyrolean suppliers and eco-friendly materials. Surrounding the hotel are the felled trees which are used as fences, with two new plantings made for each tree used. There are 62 luxury suites, all with panoramic views of the UNESCO world heritage Dolomites with a restaurant helmed by Chef Roland Lamprecht, a native of South Tyrol. Ski-in, ski-out winter sports are part and parcel of this idyllic escape.

For those seeking: Maximalist magic

What to expect: This iconic Aspen hotel has been doing its thing since 1889. That doesn’t mean it rests on its laurels though. Always at the forefront of cool collaborations, its latest is with Felix Roasting Co., the Ken Fulk-designed coffee shop which is causing a buzz on Instagram. Think peacock velvet banquettes, pink fringed slipper chairs, and Murano glass chandeliers. Soaking up its colourful history in super sumptuous surroundings is part of the draw. Ask the concierge about the time Hunter S. Thompson held court there during his run for sheriff.