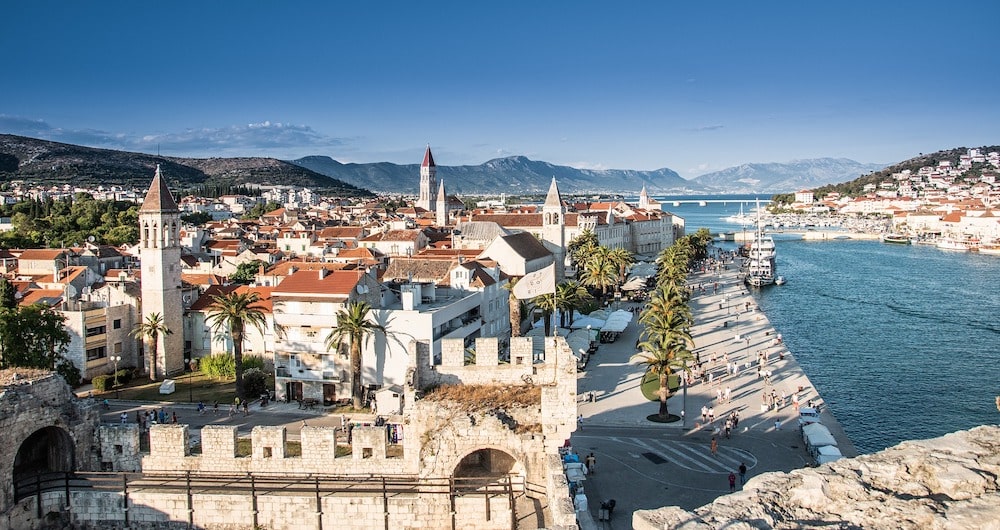 Picture the scene: you’ve donned your coolest, floatiest clothes, a pair of trusty flip-flops and a rather sweet straw hat you picked up at the stifling market square just yesterday afternoon. Your skin smells of suncream and there is a light breeze to cut through the relentless rays of glorious sunshine. It’s early, still, and the day still holds the promise of poolside peace, cocktails on the sand and a balmy evening with loved ones. Now, though, it’s time to check out some of the cultural hotspots of whichever island, city or untouched village you have escaped to for some of the very finest European summer sunshine.

Exploring the cultural gems of the local area while you switch off from the bustle of daily life is one of the most rewarding parts of a summer holiday. It helps to enrich your understanding of the region, from the religious sensibilities of the people to the aesthetic principles of the architecture, the influences on local cuisine to the customs of daily life. Local places of worship provide a cool sanctuary for a moment’s reflection while museums narrativise local history to give context and depth to the otherwise Instagrammable whitewashed walls and twisting cobbled streets. Read on for a few of the very best cultural must-sees in our favourite summer sun locations…

For ecclesiastical, architectural awe under the beating sun, look no further than Greece. Some of its world-famous churches are richly adorned and deliciously rustic, while others stand out against the cerulean firmament with their bright white, Cycladic silhouettes. One of the most culturally intriguing of Greece’s many churches is the 4th century Byzantine Church of Panagia Ekatontapiliani, or The Church of 100 Doors, located on the island of Paros. Paros is known for its white marble and decidedly un-touristy atmosphere, at least when compared to Mykonos, Rhodes or Santorini. Its most famous church is steeped in ancient legend; according to local lore, the 100th door, which is either hidden, undiscovered or non-existent, will appear again only when Constantinople becomes Greek again.

This Spanish site of cultural interest has kept me coming back for more over the years: the Salvador Dalí House Museum, located in Port Lligat, Catalonia, on the east coast. A 15-minute walk from the quaint fishing village and resort of Cadaqués, the house-museum comprises the labyrinthine living quarters and studio space of the infamous Surrealist artist, Dalí himself. He lived and worked there from 1930 to 1982 amongst the eclectic, sprawling collection of memorabilia that trickles out into the grounds and, of course, onto the roof. The property is distinguishable from afar by the larger-than-life egg on the tiles of said roof, a primary Dalinian artistic symbol. Pick up an ice-cold beer at Bar Llevant Port Lligat just opposite the exit and then wander back along the rural roads towards Cadaqués for a plate of pan con tomate on the beach.

Notorious for its nightlife, Ibiza also boasts a rich cultural heritage to explore by day. It may surprise readers to know that Ibiza is actually one of the earliest towns in Europe, first settled by the Carthaginians in 654BC. It is also a UNESCO World Heritage Site. One of the most interesting parts of the town’s history is the way it has been used across centuries, from its use as a strategic port to a defensive fortress in its early life, and now, as one of the world’s most popular and infamous resorts. One of the best ways to immerse yourself in the town’s cultural heritage is to visit Can Ros, the Ethnographic Museum of Ibiza. The 300-year-old farmhouse, built in Ibiza’s rural architectural style known as Ibicenco, showcases an ethnographic collection of domestic items and artefacts that bring history to life. From household utensils to jewellery and from musical instruments to weaponry, Can Ros unlocks the private histories of the people who were here long before the holidaymakers.

Croatia has become a go-to for summer sun, especially since 2012 when the country joined the EU. The move prompted a reinvestment in the Croatian economy and lessened custom control, resulting in almost 6 million tourist arrivals the following year alone. Each year, the country reports further increases, and it’s easy to see why when you consider the beautiful climate, the gorgeous beaches and the undeniable Game of Thrones draw. Popular spots include Dubrovnik, Split and Zagreb, each boasting their own cultural delights, but the town of Trogir, a UNESCO World Heritage Site just 27km from Split, is truly the country’s most mindblowing historic epicentre. Trogir is often considered an open museum due to its bounty of architectural must-sees, including a series of Gothic, Renaissance, Romanesque and Baroque structures. Walking within the city walls, tourists are treated to an endless stream of street-level sightseeing opportunities, such as the 13th-century Cathedral of St Lawrence, the city Loggia and the Cipiko Palaces.