Immerse Yourself in Wes Anderson’s World With the British Pullman 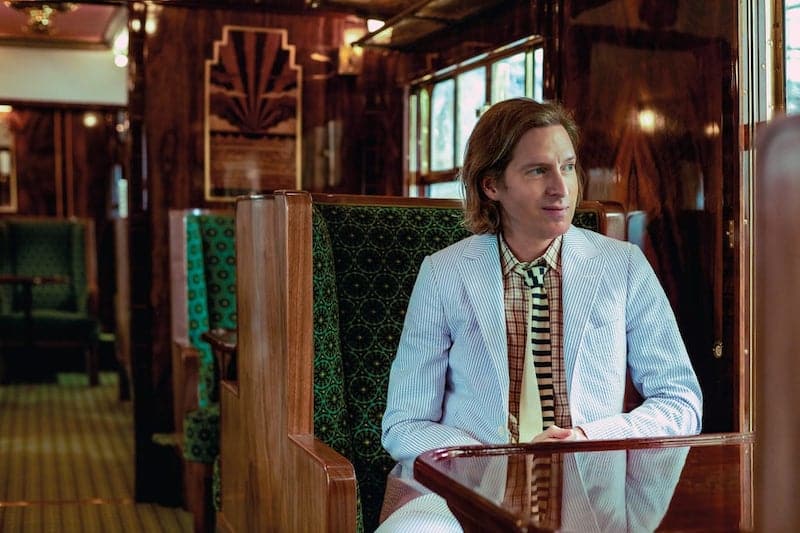 All aboard the British Pullman for a train journey like no other. Iconic film director Wes Anderson has joined forces with Belmond to create a carriage inspired by his signature style and we are all invited to step into his wonderfully wacky world.

The visionary behind movies including The Darjeeling Limited, The Grand Budapest Hotel and The French Dispatch, was given free rein to reimagine the Cygnus carriage. You could be mistaken for thinking that you had stepped onto one of his fantasy film sets. He has teamed opulent green fabrics with a pink ceiling, symmetrical lines and art nouveau design alongside two new private coupés. It is the Instagram stuff of dreams.

From long lunches and sumptuous afternoon tea experiences to special dinner packages, journeys depart throughout the year from London Victoria Station and there is some last minute availability pre-Christmas. ‘

The train’s high profile fans include Adwoa Adobah, Emma Bunton and Holly Willoughby who have been spotted enjoying festive celebrations on board recently.

Speaking of the collaboration Anderson said: “I love trains. I have often had the chance to invent train compartments and carriages in my movies so I was immediately pleased to say ‘yes’ to this real life opportunity, and very eager to make something new while also participating in the process of preservation which accompanies all the classic Belmond train projects. They are keeping something special alive; igniting this endangered species of travel into a new golden era.”

His interiors feel refined with a typical playful twist and he has paid careful tribute in his dream-like storytelling to the origins of the 1950s carriage. Named after the Greek God of Balance, Cygnus is often personified as a swan and immortalised as one of the most recognisable constellations in the night sky. Detailed reference to the myth and legend can be found throughout Anderson’s design in the intricate waves and swan detailing in the marquetry. From the meticulously positioned silver leaf on the ceiling that reflects like water, to the swan shaped champagne coolers – the carriage is a tribute to the majestic swan.

As the journey continues you will no doubt keep noticing the little touches that make all the difference.

For a very exclusive option, there are two new private coupés. The intimate space, with 360 degree carefully handcrafted marquetry, can be booked for up to four people. The train manager personally greets coupé guests with priority boarding and ensures free flowing champagne is available throughout the trip.

Group bookings are also possible with entire carriages available for celebrations of up to 26 people.

Winding your way through the English countryside in delightful surroundings is always a joy and there is no more luxurious way to do so than with the British Pullman.