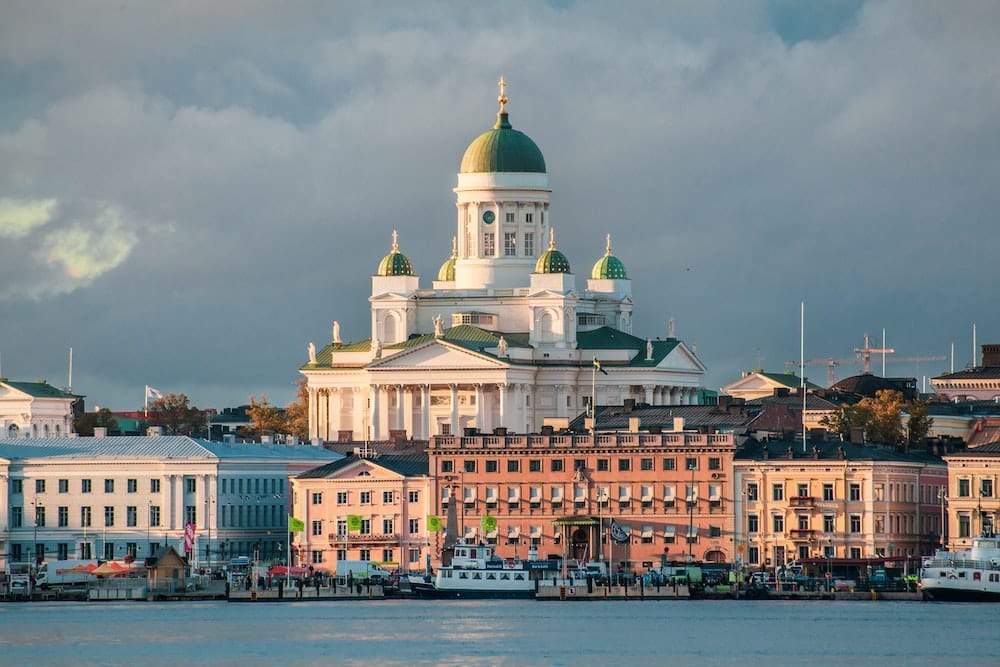 Seeking a European city break in an under the radar hotspot? Whether you are in the mood for some winter sun or fancy a hygge getaway, these lesser trodden destinations offer fast direct flights from London and so much fun when you get there…

Stockholm’s younger sibling is, dare we say it, even more hip than its big brother. Brimming with the beautifully designed restaurants, bars and homeware shops that Sweden does so well, this small but perfectly formed city is ideal for a weekend break. Head to underground bar Stranger for a speakeasy vibe and an inventive drinks list or Koka for a fine dining feast. All the best spots are within walking distance and there is a laid-back but vibrant atmosphere. We’d advise taking an empty suitcase ready for all those Scandi style finds that you will want to bring home.

Where to stay: Hotel Pigalle for decadence in the thick of things without the eye-watering price tag. The rooftop bar is a hoot.

Often overlooked as the gateway to the Amalfi, there is a lot to love about culture-packed Naples itself. Whilst it may have a reputation for being a little rough around the edges, that is part of its charm. The Chiaia neighbourhood is the most charismatic and full of sumptuous restaurants, fun bars and excellent shops. Needless to say, you’ll eat some of the best pizza and there is a buzz in the air throughout the seasons. Pizzeria Concettina ai Tre Santi is the trendy pizza option and great for people spotting. For a truly authentic experience which feels like you have stepped straight into your favourite Nonna’s kitchen head to Osteria Della Mattonella. Do cocktails at Flanagan’s on Via Carlo Poerio and coffee at Gran Caffè Gambrinus.

Where to stay:  SuperOtium is a boutique hotel with an artistic twist which may not be on the best side of town but is a destination in itself.

Lisbon may be Portugal’s more obvious choice but Porto packs a punch. Design aficionados flock here to seek artisanal brands that have an edgy flair. With the sea on the doorstep there is an added appeal. The food and drink scene is on point too. We’d recommend a trip to Tia Tia if natural wines are your thing. Or to soak up the culture over tasty dishes make a beeline for Casario in the Gran Cruz House hotel. The restaurant is housed in a 16th-century building which was once used as a trade house for coffee.

Where to stay: Homeplace Holiday Let for a characterful retreat close to all the loveliest spots. Lovely owner and design guru Wendy loved the city so much that she recently relocated there from London.

This lesser celebrated corner of the Netherlands is a hub for innovation. Once the home of Philips electronics, much of the city is made up of former factories which have been converted into industrial style hotels, restaurants and shops. A smart community of creatives has dotted the town with galleries, eateries and revamped spaces. A great starting point is Kazerne; a listed former military police barracks and industrial warehouse, which fills its 2500m² with art, food, drink and a design-driven hotel. Let’s just say, you won’t regret venturing beyond Amsterdam.

Stay: Inntel Hotels Art Eindhoven is partly housed in the Philips Light Tower, where the first light bulbs in the world were made and tested. Art, history and science collide in the imposing building which dates back to 1909.

Berlin may be where it’s at but Hamburg quietly does a lot to draw a cool crowd. Ideal for a cosy 48 hours with some after-hours partying, it is home to world-class festive markets, bountiful bars and lots of cafes for whiling away the afternoon after a scenic stroll along the lake. Salt and Silver in St Pauli is a popular pitstop for tapas, wine and atmosphere.

Where to stay: The Fontenay is a luxurious offering inside a picturesque park on the tranquil banks of Lake Alster.

This small but perfectly formed Spanish gem is frequently blessed with blue skies even in the coldest months. Hop from one tapas bar to another to savour the most delicious small dishes that can be washed down with a glass of something fabulous on a modest budget. El Rinconcillo has been doing its thing for more than 350-years and is still up there with the best. The intricate architecture and orange-tree filled squares are a sight to behold. A visit to the medieval Alcázar, an icon of Moorish interiors and formal gardens, is a must.

Where to stay: Palacio Villapanés is a converted 18th Century Palace with all the trimmings on the edge of the old town.

Oozing a sense of suaveness, the young population of Zurich has brought a swathe of eateries and bars to the city. From breakfast at Milchbar to dinner at Loft Five and drinks at Dante, we’d recommend checking into your hotel, getting dressed up and making a night of it. A walk along the lake to admire the landscape the next day is a great way to work off the hangover.

Where to stay: Marktgasse Hotel is one of Zurich’s oldest inns with a distinctly modern twist. It has been restored into a contemporary 39-bedroom boutique with two restaurants and a bar.

This little city with a lot to offer makes waves amongst the creative set. Known for its sparkling Diamond District, it is the place to go for a shopping break when you want to discover something special. Do dinner at Album, Le Pristine or Veranda.

Where to stay: Guide Schoen is a carefully crafted nine-suite hotel with a glittering cocktail bar in the city centre.

From the Munch Museum to the Opera House, Oslo is a culture-fuelled city with quirky attractions. A standout is a floating sauna experience, heated with solar panels, in a small detox hut where you can warm up overlooking the Norwegian fjords then jump in the freezing cold water if you are daring enough. Meanwhile, Mathallen, a giant food court installed in Vulkan, is a hub of every kind of cuisine including shellfish, tacos, burgers, dim sum and sweet treats. Swing by Kollekted By for homeware and goodies.

Where to stay: The Thief is a buzzy hideaway kitted out with international art, designer furniture and standout Nordic cuisine.

The Finnish flair for design is prevalent throughout its capital with plenty of places that blend style and sustainability. A couple of new players have popped up in the hospitality scene recently whilst old classics have undergone revamps. New kids on the block Teemaa Teahouse have introduced a tea house concept to the city whilst The Savoy restaurant, with interiors designed by architects Aino and Alvar Aalto, is a great upscale dining option.

Where to stay: Hotel Torni has been standing tall since 1931 but recently had a makeover to give this striking space a modern edge.

Always a delight, Copenhagen is probably one of the more obvious choices from our list but its world-class offerings in the most humble environment make it worthy of a mention. Noma is back and better than ever, scooping the coveted title of World’s Best Restaurant again. Other foodie highlights include Fiskebar in the oh so cool Meatpacking District followed by a nightcap in Lidkoeb. There is plenty to fill your days with as well; bike or boat along the canal or amuse yourself at Tivoli Gardens. Soho House members will be pleased to know that a club has opened right on the waterfront.