1 A Guide to London Restaurant Festival - The Battered Black Book

A Guide to London Restaurant Festival 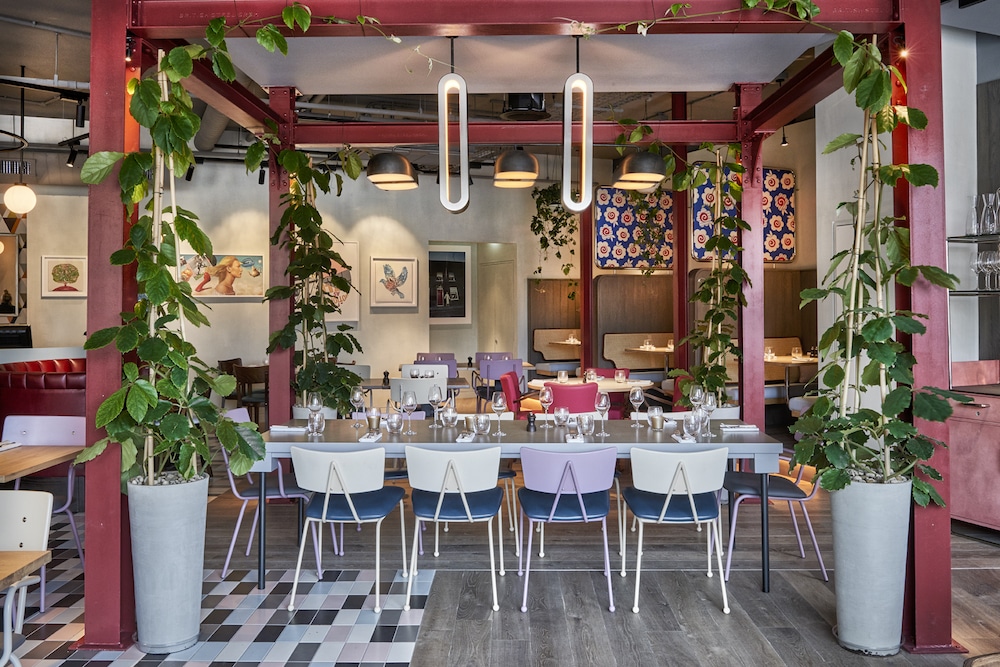 London Restaurant Festival is back for its fourteenth year this October, showcasing some of the most exciting talent behind London’s dynamic food scene. With a line-up of more than 50 carefully curated culinary events, the foodie feast will be serving up everything from gastronomic tours across the capital’s best restaurants to evenings with Britain’s esteemed critics. Here are some of the highlights…

Many of the city’s leading chefs will be taking part in the latest installment of the festival with a hand-picked timetable of Tasting Menus including a celebratory Indian banquet from Kricket and a feast from chefs Will and Jack at Fallow in St James’s Market. A new addition to this year’s programme is The Resy Hit List, where the city’s buzziest restaurants, curated by booking platform Resy, will offer a unique menu or dish for the duration of the festival.

Talk of the Town

These events serve up gastronomic experiences with bespoke menus as part of a restaurant takeover. Those taking part include Nancy Silverton’s Pizzeria Mozza and Oxeye at Embassy Gardens. Look out for the live jazz evening alongside a seasonal British four-course menu at the elegant Rotunda Bar and Lounge at Four Seasons Hotel London at Ten Trinity Square.

Why not learn as you sip? Masterclasses on the agenda range from an Italicus Spritz session to the best of Negronis at the Four Seasons Hotel London at Park Lane and a Spanish cookery class with Nieves Barragan of Sabor, paired with Estrella Galicia beer. Innis & Gunn’s independent range of beers will be sampled in a guided tasting at Light Bar in Shoreditch.

Make a weekend of it with Saturday Kitchen regular Anna Haugh who is hosting guests at her restaurant Myrtle in Chelsea followed by a stay at Four Seasons Hotel London at Ten Trinity Square and a dinner at the hotel’s restaurant Mei Ume, which showcases traditional dishes from both Chinese and Japanese cuisines with a modern approach. Tickets have sold out but you can join the waitlist.

This series at the Television Centre in White City returns for a second year, featuring a fun combination of food and TV viewings. Sit down to a modern Indian menu paired with Innis & Gunn beers at Kricket White City. Following the meal, watch The Jonathan Ross Show as it is filmed live at the BBC Studio Works.

For those who are partial to a food and drink pairing across multiple restaurants, there is the option to explore Belgravia with Luigi Bosca wines, Covent Garden with Innis & Gunn beers and Chelsea with Martin Miller’s Gin cocktails.

If you are an American Express Centurion or Platinum cardmember there are extra perks as part of the Festival within a Festival programme. The Platinum Card has access to a series of Chef-hosted new openings: Chantelle Nicholson’s Apricity in Mayfair, Carlo Scotto’s immersive dining experience at Amethyst and Alex Dilling at Hotel Café Royal. Meanwhile, Art à la Carte celebrates London’s best collaborations between artists, curators and restaurateurs, including Langan’s Brasserie, with walls covered in fine art. Seasonal Autumn Spotlights comprise a King’s Caviar Tasting in the William Kent Room at The Ritz and a Seafood School at The Sea, The Sea hosted by chef Leo Carreira.

American Express Cardmembers will also have the option to Discover Regent Street & St James’s, with specially curated experiences such as a one-off Supper Club in the Fortnum & Mason Crypt and a Gourmet Odyssey lunch at Maison François, Chutney Mary and Michelin-starred Wild Honey, paired with Gusbourne’s range of English sparkling wines.

Centurion Members hold the key to a selection of unforgettable experiences including the Omakase Tasting Menus dining face-to-face with the chefs at Endo at the Rotunda and Ginza St James. A Penthouse Supper Club will be hosted in a dramatic residence on London City Island with panoramic views whilst an intimate dinner is cooked and hosted by Tim Spedding, former chef of The Clove Club. The event features a sommelier-led tasting of Oregon wines. Discerning Centurion members can also join some of the nation’s most respected restaurant critics – Fay Maschler, Nigel Barden and William Sitwell – as they take guests to some of their favourite spots in town.